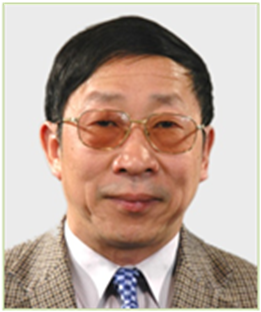 Fellow of IET & InstMC, the senior member of IEEE

Abstract: In general, today’s robots face four kinds of major challenges. Firstly, they must deal with uncertainty within the systems, such as sensor noise, actuator inaccuracy, and components failure. Secondly, they must handle huge uncertainties in the real world, which is dynamically changing over time. Thirdly, they must learn something new from their daily operations for adaptation to new environments and new tasks. Finally, they should have an intuitive way to interact with public for successful deployment in our society. Inspired from nature, robotics researchers are currently working on an evolutionary transformation from biosystems to intelligent robots. As a result, these robots are autonomous, interactive, and intelligent, which are benefited from bio-principles, bioprocesses, and bio-mechanisms in nature. In this talk, I will briefly overview the behaviour-based approach to create robot intelligence and present some research work toward the development of biologically inspired robots or behaviour-based robots. More specifically, biosystem modelling, service robots, smart wheelchairs and swarm robotics are discussed respectively, and some experimental results are demonstrated via video.

A brief introduction to Prof. Huosheng Hu: Huosheng Hu is a Professor in the School of Computer Science & Electronic Engineering at the University of Essex, United Kingdom. He received the MSc degree in industrial automation from the Central South University in China and the PhD degree in robotics from the University of Oxford in the U.K. His research interests include behaviour-based robotics, human-robot interaction, embedded systems, data fusion, learning algorithms, mechatronics, and pervasive computing. He has published over 500 papers in journals, books, and conferences in these areas, and received several best paper awards. He has a citation of 15865 and his H-Index is 58 (Google Scholars). He has been recognized as among the top 100,000 or in the top 2% of most cited scholars in the world. Prof. Hu is a Fellow of Institute of Engineering & Technology, a Fellow of Institute of Measurement & Control, a life senior member of IEEE and a founding member of IEEE Robotics & Automation Society Technical committee on Networked Robots. He has been a Program Chair or a member of Advisory/Organizing Committee for many international conferences such as IEEE IROS, ICRA, ICMA, ROBIO conferences. He is currently Executive Editor for International Journal of Mechatronics & Automation, as well as Former Editor-in-Chief for International Journal of Automation and Computing and Former Editor-in-Chief for MDPI Robotics Journal.